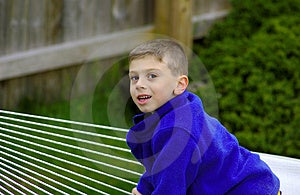 The labelling of ADHD has become epidemic.   Unprecedented numbers of children and adolescents receive diagnosis and corresponding prescriptions to treat ADHD.  Our culture has brought us to the point that teachers, psychologists, doctors and even therapists have all joined the dance of pathologizing children’s behaviour, training the focus toward levels of inadequacy in our children rather than toward areas for growth and development.  On the website for the Centre for Disease Control and Prevention (Mark L. Wolraich, 2013),  studies indicate the number of children in the USA (and I am sure this corresponds with Canadian numbers) with a diagnosis of ADHD is increasing and suggests 10-16% of the United States child population has ADHD.

ADD is diagnosed using the criteria outlined in a manual call the DSM-IV-TR®, “the essential diagnostic tool for disorders used to promote effective diagnosis, treatment, and quality of care.” (Indigo description).  ADHD is considered a “disorder” listed in the DSM-V-TR® alongside borderline personality disorder and schizophrenia…..This is serious business. ADHD is a way of describing a collection of behaviours (that almost all children exhibit) when these behaviours are extreme enough (by whose standard?) to impinge on activities and social interactions.  We have no definitive test for ADD.  We are not really sure if it actually “exists” as a malfunction or is just a collection of behaviors.  Here is the DSM criteria:

This description could describe most children.  So let’s look at what is really happening.  There are three areas of concern with ADD kids;

TUNING OUT AND TUNNING IN:   ADD is not the inability to attend, but the inability to modulate attention.  Some children only attend when there is a huge level of motivation or interest (a video game or about dinosaurs when they are obsessed with dinosaurs), but have a great deal of trouble attending when there is little to no interest.  Focus is held for a few moments, then the mind carries one off to somewhere else.  ADD interferes with the orienting response in that when a child’s attention is distracted the mechanism that “brings them back” to what they were doing is malfunctioning.

EXECUTIVE FUNCTION:  ADD also challenges the control panel of the brain which makes it difficult to plan, sequence and predict. What is lacking is a good template for order or the ability to impose structure therefore organizing the inner and outer world become difficult

Results of these two weakness are IMPULSIVITY and HYPERACTIVITY.

What is Causing all this ADD?

The concern I have with this way of describing is there is no reference to cultural, social (including school), or family context.   In other words, is the ADD a problem of the child or is it relatively normal response to a world which is over stimulating and challenging for the cognitive capacities of the child to sort out?  My approach is to tread very carefully with labelling, pathologizing, and measurement by looking to the context before creating a label.

SCREEEEEENS!  Our children spend unmeasurable amounts of time in front of screens. Their senses are completely engaged almost all the time, while the speed that images change and bring new information is in the range of micro-seconds.  Is it possible that these screens are training our children to need this level of stimulation to remain engaged?

HANDS ON PLAY:  much of learning in children is acquired through sensory feedback and imaginative play in the 3D real world.  Our society continues to become more and more passive in the way children interact with the world, robbing them of the full development of many important cognitive skills.  Even when kids do play we as parents organize it through structured organized hockey, dance and music, rather than allowing any time for the exploration of play.

SLOW DOWN:  Modern life is challenging and can be chaotic.  We have little time for family dinner, heart to heart conversations and connections.  Yes, we do so much for our kids, but are we truly attuning to our children and slowing the pace of life down?

My Message….Tread Carefully with Diagnosis!

Allen Frances M.D. chair of the DSM-IV task force in his recent book, Saving normal: an insider’s revolt against out-of-control psychiatric diagnosis, DSM-5, Big Pharma, and the medicalization of ordinary life (2013) reflects on the impact of the DSM-IV and children,

We failed to predict or prevent three new false epidemics of mental disorders in children, autism, ADHD, and bipolar disorder. And we did nothing to contain the rampant diagnostic inflation that was already expanding the boundary of psychiatry far beyond its competence.  If a cautiously and generally  well done DSM-IV had resulted in more harm than good what are the likely negative effects of the DSM-V driven by its grand but quixotic ambition to be “paradigm shifting (2013, p. xiv)

This is a huge word of caution.   Are we creating a “mental diagnosis” about childhood behaviours? Once labelled with ADHD a child may never be treated the same again.  Teachers and parents begin to view a child through a certain set of lenses with certain kinds of expectations about behaviours and abilities.  In addition, the child himself will never see himself in just the same way.  This price to pay for diagnosis and labelling becomes “identity defining” (Tomm, 1990).

If you have a sense your child may be struggling with attention issues.

First take a look at the context:

Then look at skills that need to grow in your child:

If you have more questions please contact Ellen (Child and Family Counselling ) to further the conversation.

[1] The question is not only whether diagnosis are increasing as we move toward a more labelling posture in therapy and medicine, but also the political implication of so many new drugs being developed to support these children.

Stop and tune in: hit the pause button and tune in, no digital devices.

Counselling 101: How to Manage Emotion

Lisa Feldman Barret in her book, “How Emotions are Made,” discusses the importance of emotional

Lisa Feldman Barret in her new book How Emotions are Made: the Secret Life of

R.A.I.N. is a wonderful acronym to remind you how to deal with uncomfortable emotions.   It

Do kids know how to have conversation?

© Copyright 2022 – Thrive For Change | All rights Reserved. Website by: ZWD